Akira Kurosawa (1910-1998) was one of history’s greatest film directors, a genius auteur who continues to inspire modern day movie maestros like Steven Spielberg, George Lucas and Adam Sandler. Over the years, many of his Japanese films have been re-made by Hollywood, including Seven Samurai (which became the classic Western epic The Magnificent Seven) and Hidden Fortress (which became the classic Western epic Legally Blonde).

What few people realise, though, is that many of Kurosawa’s lesser-known movies have inspired today’s most popular Reality TV shows: 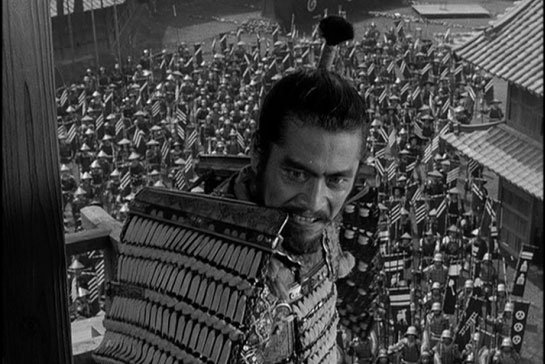 Set during the difficult second half of the 16th century, the film opens with an epic battle in a torrential rainstorm between two rival gangs of impresarios. Victorious showbiz warlord, Simonkawa, hosts an after-battle press conference, where he announces his plans to marry kidnapped Princess Cheryl Blossom during the star-studded finale of his long-running talent contest. “This will consolidate my power base,” he tells the assembled journalists, “and save on catering costs.”

Meanwhile, the Princess’s estranged fiancé – a former army general still loyal to his defeated clan (Toshiro Mifune) – embarks on a bold mission to rescue his lover: with the help of a sympathetic voice coach, he infiltrates the talent show disguised as an up-and-coming geisha.

However, this battle-hardened veteran of a thousand wars soon learns that years of combat experience are no preparation for this cruel, backstage world of manipulative sob stories and betrayal. 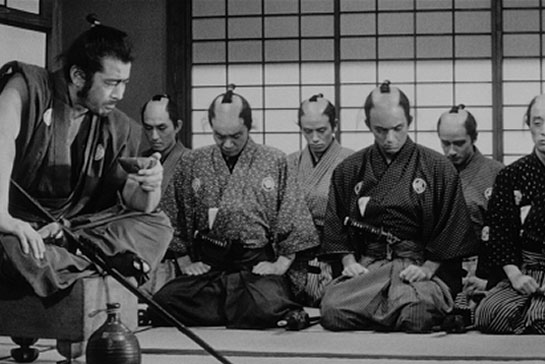 In post-war Japan, an eccentric billionaire umbrella manufacturer (Toshiro Mifune) shocks the business world when he resigns from his high-flying post to become a full-time martial arts sensei. Disillusioned with a decadent society that can shun traditional oil-paper umbrellas whilst embracing instant noodles, he becomes convinced that the only way to restore his nation’s honour is through training young people to become fierce samurai warriors. Unmarried, and with no young people of his own, he takes to the road on a recruitment drive in a custom-built mobile monastery, rounding up a diverse group of ambitious youngsters from a wide variety of elite business schools. During a lengthy training montage, the fresh-faced candidates are subjected to a barrage of mental and spiritual tests, but it soon becomes clear that they’re just a bunch of pompous wankers.

The film ends with a torrential rainstorm, and no one remembers to bring an umbrella. 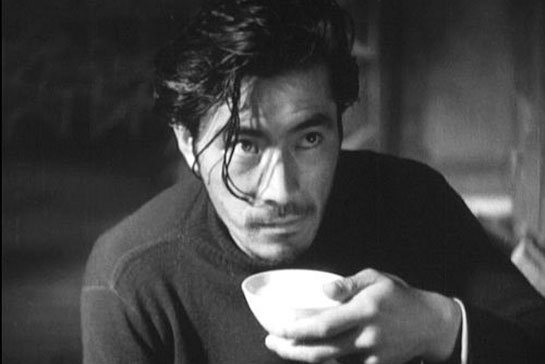 Inspired by Shakespeare’s favourite brand of cigars, Toshiro Mifune plays Prince Hamtaro (quite literally, ‘annoying cartoon rodent’), the young heir to feudal Japan’s most illustrious cake-baking dynasty. When his father – the Imperial Grand Master Baker – is crushed to death by a falling wad of dough, the young ‘Prince of Danishes’ watches with horror as his least-favourite uncle, Fraudius, takes over the family business and arranges a hasty marital merger with Hamrato’s mother. The young man gets a visit from the ghost of his dead dad, who reveals that he was murdered by Fraudius (‘He’s got dough on his hands!’).  The ghost warns Hamtaro that his scheming sibling wants to take the business downmarket by launching a budget line of disposable cakes. ‘You gotta stop him!’ warns the ghost. ‘Pretend you’re mad, then beat the bastard to death with a goddamn rolling pin. My dumb brother’s nothing but a cheap master baker!’

The film ends when the family’s vast cake stocks are destroyed by a torrential rainstorm and everybody dies during a bloody ‘Mexican Bake-Off’.  Scone of Blood was banned for several years due to its graphic violence and gratuitous use of double entendre, although – years later – its memorable scenes of rain-based cake destruction would feature heavily in a Donna Summer disco hit. 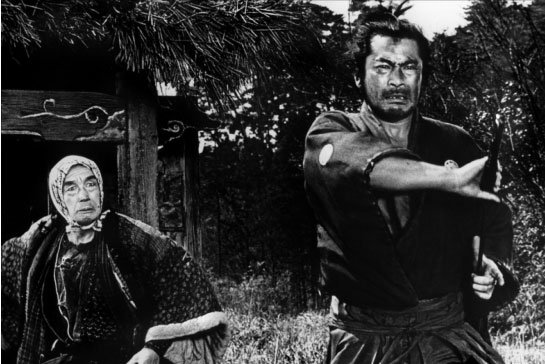 Set during the final weekend of the Tokugama Era (1650-1827), Toshiro Mifune plays a wandering rōnin cast out from his master’s castle after being falsely accused of possessing Hello Kitty merchandise. Whilst sheltering from a torrential rainstorm in a feudal karaoke bar, he shares his sorrowful tale with a pair of excitable-yet-annoying strangers from the uncivilised Northern Territories, but subsequently passes out after the mischievous duo lace his drugs with sake. He awakens to find himself transported to a mysterious, faraway jungle that’s literally several miles west of Kyoto, where he meets a motley group of similarly discredited, has-been warriors (all played by Toshiro Mifune).  These ‘sham-urai’ – who all have conflicting memories about the best way to prepare a Roquefort salad – are subjected to a series of increasingly humiliating ‘Bushido-Tucker Trials’, and the film was initially banned for its graphic depictions of dishonour. 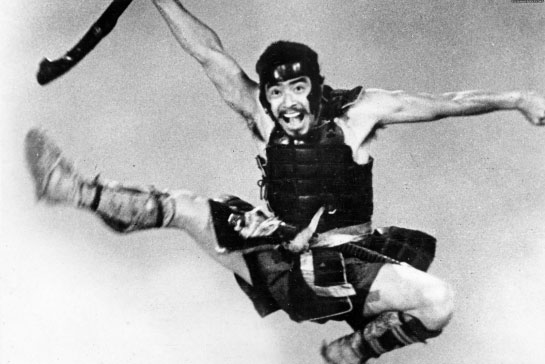 On the eve of the Annual Imperial Dance Extravaganza, a simple-minded shoe-shuffler from a traditional Japanese dancing village foolishly invites a gang of bandits to his house for dinner.  After callously mocking both his home and his teriyaki salmon with green beans and rice, the bandits – hired by an unscrupulous bookmaker to fix the outcome of the Dance Extravaganza – terrorise the villagers by forcing them to wear heavy lead sandals. Luckily, a young village dancer escapes by surreptitiously cutting a rug with a paso-doble quick-step for the nearest large town. There, he meets a hard-drinking, disillusioned dancer and former ballroom legend who hung up his leotard after tragically mistiming an overhead catch. Reluctantly agreeing to help the villagers in exchange for redemption, the unlikely pair set out to recruit a crack team of Seven Choreographers.

Regarded by many as one of Kurosawa’s lesser works, the film features a disappointing deus ex machina ending in which the bandits are conveniently swept away by a torrential rainstorm (played by Toshiro Mifune).