He’d given two encores and the house lights were up, but the audience were still on their feet and making an awful lot of noise long after Tom Waits had left the stage of Paris’ Le Grand Rex theatre. After forty-five minutes, and much to the relief of the bewildered theatre staff, the numbers had dwindled. Most had accepted that he wasn’t coming back and reluctantly made their way to the exits, but there was a stubborn, hardcore element who carried on whooping and stamping. These desperate idiots were undeterred by reason, common sense or the pleas of the stately, plump theatre manager who eventually grabbed a mic, went on stage and yelled: “Monsieur Waits has left the building. He is at his hotel with his wife and family. Please go home!”

I know this because I was one of those desperate idiots.

The Rex was an old, unfeasibly ornate, Art Deco picture palace that reeked of bygone opulence. To put it another way, it was the perfect place to see a Tom Waits concert. Anticipation levels were running high: Waits rarely performed in Europe, and the place was full of people who’d travelled far and looked forward to this night for many years. There was a tangible buzz in the air – the kind you read about in music press archives about those legendary gigs that always seemed to happen before you were born.

The lights dimmed, the band took to the stage and the drum-roll started. But the drum-roll kept on rolling and Waits, it seemed, was going to keep us waiting. I clapped, yelled, and glanced from stage left to stage right, thinking: “What’s he building in there?”

I was looking the wrong way. Waits made a theatrical entrance from the back of the stalls, brandishing a bullhorn in full circus ringmaster mode, barking out the opening monologue from his 1993 album, The Black Rider, as he marched up the aisle:

“Lay-deeez and gentlemen – Harry’s Harbour Bizarre is proud to present,

The hairs at the back of my neck stood on end. There were tears in my eyes. I knew that I was about to experience the best gig of my life and I wouldn’t want the night to end.

Desperate idiocy would be a small price to pay.

This originally appeared in Gig of My Life, a zine produced to benefit the victims of the 2017 Manchester Arena bombing.

Gig of My Life was edited by Danny Smith, Caroline Beavon and Jon Bounds. 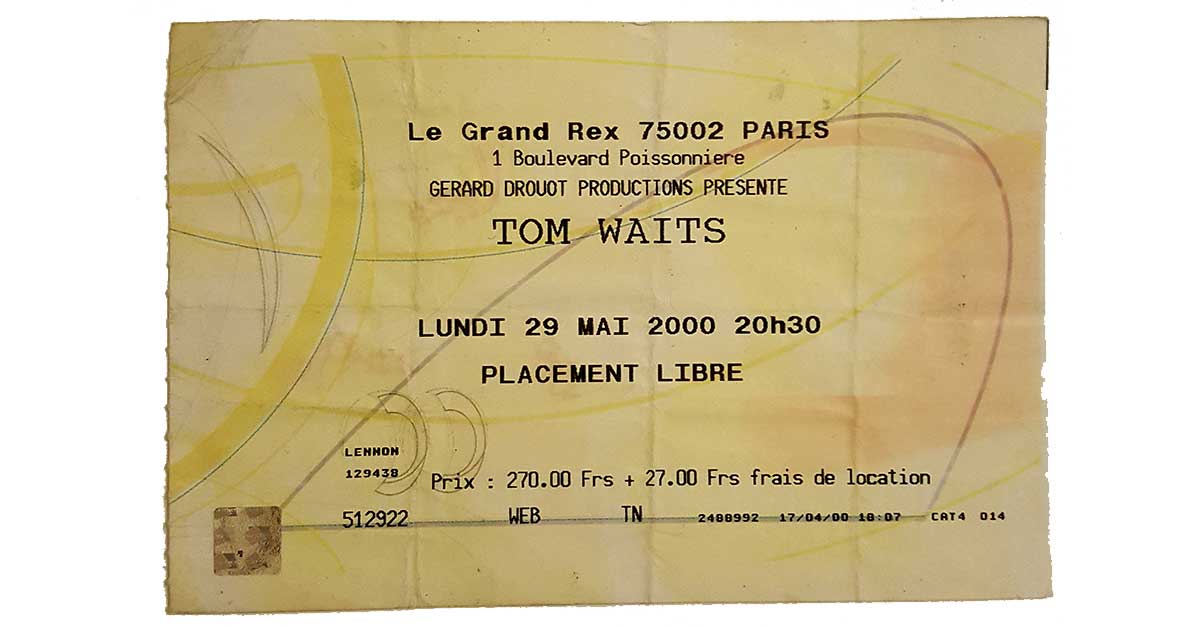 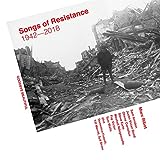 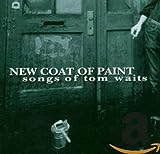 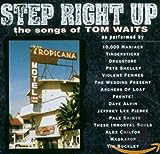 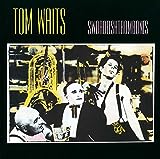 Swordfishtrombones
$10.94
Add to Cart
Bestseller No. 6 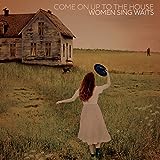 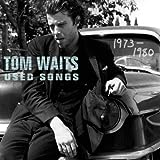 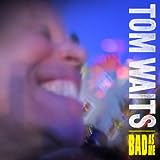 Alejandro Jodorowsky: A ‘Jodoverse’ Comics Reading Guide176 Total Shares
We use cookies to ensure you get the best experience on our website. If you continue to use this site, you agree on using cookies Agree