Elvis Presley’s musical career has often been divided into two distinct stages: the songs he recorded when he was single (pre-Scilla) and those that were released after he met his wife (Priscilla). His early tracks are widely regarded as inconsequential pop-fodder compared to his later, more serious works that tackled important topics like social justice (In the Ghetto), political disillusionment (Suspicious Minds) and urinary tract infections (Burning Love).

This critical dismissal of Presley’s early material has now been challenged by outspoken Elvisologist Dr Zeppo Connery in his soon to be self-published book, Taking Care of Business: The Politics of Presley. The book claims that a progressive social agenda and ‘woke’ outlook informed even his earliest hits, with the possible exception of Don’t Be Cruel.

Here are some examples: 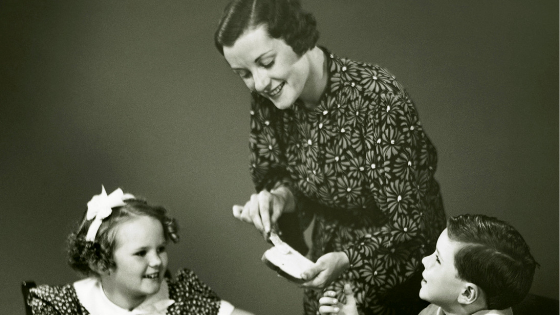 Presley’s debut release was such a massive hit it famously topped the Billboard charts five years before the introduction of the Billboard charts. The song also launched the influential ‘MomPop’ musical genre, paving the way for maternally reassuring anthems like Pink Floyd’s Mother, John Lennon’s Mother and Paul McCartney’s Mum of Kintyre.

That’s All Right, Mama was released in 1954 at the height of the notorious ‘Baaad Mother’ musical craze, when the airwaves were dominated by patriarchal pop songs with sexist titles like ‘You’re a Terrible Mummy, Mrs Grimshaw’ and ‘(I’d Be) Better Off an Orphan’. As a result, Presley’s track was a refreshingly pro-feminist antidote to this widespread anti-mom sentiment, offering reassuring statements of support to its eponymous Mama no less than 27 times.

According to Dr Connery, this was enough to satisfy “even the most emotionally needy matriarch” and earned Elvis the respect of contemporary feminists like Simone de Beauvoir, who sent him a stylish jumpsuit featuring the topical slogan “This is what a feminist looks like”, although it was in French. This led to a decades-long feud between Presley and de Beauvoir’s jealous lover, the philosopher Jean-Paul Sartre, who wanted the jumpsuit for himself.

But don’t be mistaken into thinking that Presley’s song was just a sugar-coated ode to motherhood. It contained a dark subtext that foreshadowed Bob Dylan’s later and similarly titled ‘It’s Alright, Ma (I’m Only Bleeding)’, although Dylan only concealed his dark subtext with brackets. Elvis worshipped his mother, but the mama of That’s All Right, Mama is not without her flaws: she evicts her son from their family home midway through the song’s final verse and, during the fade-out, can be heard sabotaging his online dating profile. 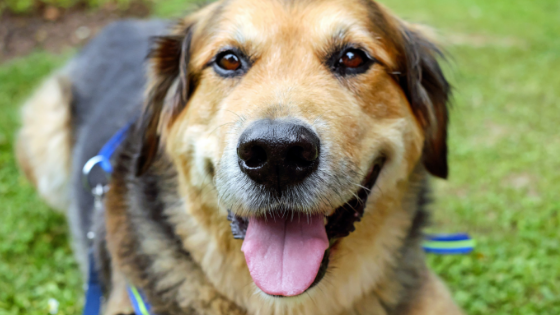 Presley’s Hound Dog was widely regarded as part of a long tradition of animal-themed breakup songs like Frank Sinatra’s Shithouse Rat and Susan Boyle’s Bastard Pigeon. In these songs, the titular animal is not meant to be taken literally, but instead represents a spurned lover’s beastly barb towards a heartless ex who’s presumably human. Hound Dog breaks with this tradition, however, because Presley’s actually singing about a dog.

Many people forget that Presley was a committed animal rights campaigner. Even before he was famous, young Elvis was protesting against local animal testing labs at a time when most Americans were protesting in favour of animal testing labs. He wrote impassioned letters to Memphis-based Vinny Vidivicci, a volatile and often violent vivisectionist from Verona who was in no way associated with any organised crime families whatsoever and we can’t stress this enough. Vidivicci responded to Presley’s handwritten pleas by stuffing an Italian Daschund through his letterbox.

In light of this, the song’s opening line – ‘You ain’t nothing but a hound dog’ – is clearly meant to depict Vidivicci taunting this doomed pooch. Not only does the bold use of double-negative phrasing strongly suggest that the narrator is of Italian-American descent, but Vidivicci himself was notorious for never saying anything positive.

‘You ain’t nothing but a hound dog’ actually translates to ‘You, sir, are a hound dog’, and that’s just the sort of thing a volatile and often violent vivisectionist from Verona would say to a hound dog just before having it letterboxed.

The tragic mutt is subjected to an escalating series of insults that culminate in one of the most harrowing couplets ever to appear in a popular song:

‘You ain’t never caught a rabbit

And you ain’t no friend of mine’

Translated from Italian-American this means: ‘You are an inept rabbit-catcher and we don’t want you over for Thanksgiving.’ This would be a devastating blow to a creature whose status in the pack hierarchy is based on its rabbit-catching prowess and ability to avoid paying veterinarian bills. The subsequent denial of friendship only twists the knife further, as all dogs are known to be desperate people pleasers who can’t handle rejection.

Clearly, the song is a scathing indictment of a vile man who profited from animal experimentation, and when Vidivicci first heard it on the radio he promptly stuffed another Italian Daschund through Presley’s letterbox. 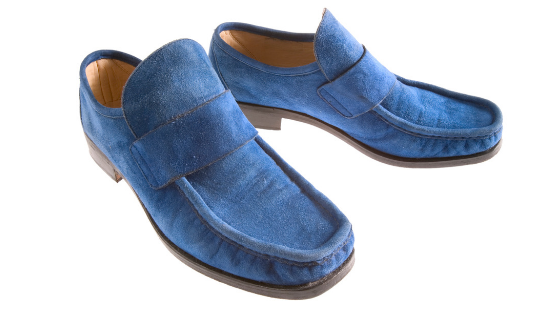 Once again, Elvis subverts a familiar rock and roll trope – this time, an overly defensive attitude towards poor footwear choices. The song’s narrator is clearly in a co-dependent relationship with his clogs and is willing to subject himself to indignities that wouldn’t be out of place on a Netflix documentary. These include being hit by a motor vehicle, letting people walk on his face, and – most disturbing of all – having his liquor drunk from an old fruit jar. Yet, as the chorus repeatedly points out, all of this could have easily been avoided if he’d adopted a less zealous attitude towards his puddle-vulnerable pumps.

Blue Suede Shoes, then, is a timeless warning about the dangers of foot fetishism. 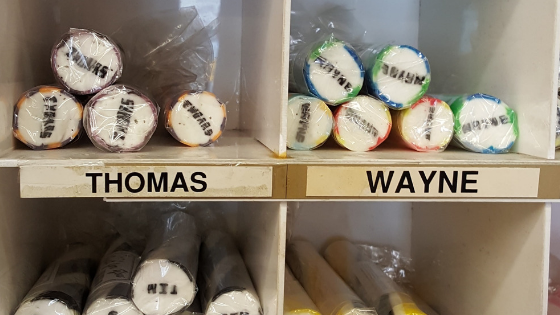 This may seem like just another harmless 50s toe-tapper featuring a somewhat unrealistic portrayal of prison life. Trendy music journalists may even compare it unfavourably to more gritty depictions of incarceration from the likes of Johnny Cash, Public Enemy or the Backstreet Boys.

Throughout his life, Presley was an outspoken advocate of prison reform. He encouraged political leaders to invest in music lessons for prisoners, funding independent studies that proved that lower riot and recidivism rates were found in prisons with thriving live music scenes and reasonably priced merchandise stalls.

The prison band featured in the song was inspired by real people interviewed for these studies. For instance, ‘Spider Murphy playing on the saxophone’ refers to Spider ‘The Spider’ Murphy, an Irish-American saxophonist and former jailbird who’d been falsely accused by a brass section over trumpeted-up charges. Murphy – who later joined Presley’s entourage as a sax player and chef – earned his nickname because he played sax so hard it was like he had eight arms and a spinneret. Also, it’s because fellow inmates had repeatedly tried to flush him down the prison plughole. 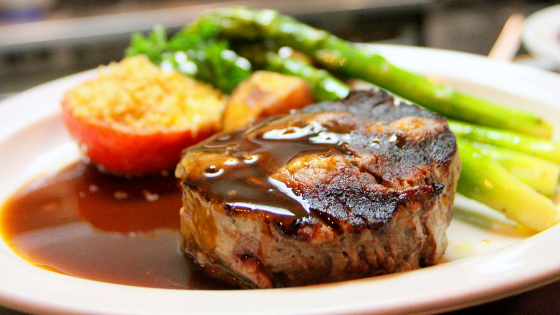 Though by no means a successful vegetarian, Elvis was still able to empathise with a cow. The idea for this low-tempo hit came to him whilst watching a TV documentary about stray cattle whilst eating a tender sirloin steak. Spider Murphy, Elvis’s personal chef/saxophonist, recalls the incident well: ‘I was wheeling an immense steak to The King in the Gracelands TV room whilst playing My Favourite Things on a Selmer Mark VI tenor sax. The John Coltrane version, not the Julie Andrews one.’

‘The King held up this prime cut with a pair of tuning forks and just kind of looked at it, all wide-eyed and awestruck. He says to me: “Hey Spider, man” – and this was before Marvel Comics had the idea, dig?

‘Anyway, Elvis says: “Hey, Spidey – they say that nothing really dies, that it’s all just energy and consciousness transformed into a different state and that with great power comes great responsibility.” Then he looked me straight in the eye and said: “Do you ever wonder if a tender hunka-hunka sirloin steak like this could ever feel love?”

‘I gotta say, I’d never been asked that question before, not even by The King. Next thing you know he writes some stuff down on a napkin then sticks it in one of those pneumatic vacuum tubes he used for sending messages to the songwriters in the attic.’

The song was a big hit, even amongst vegans. Elvis originally wanted Love Me Tender to form the first part of an ambitious ‘American Beef Trilogy’, but never managed to record the follow-up tracks Love Me Chewy and Love Me Juicy. 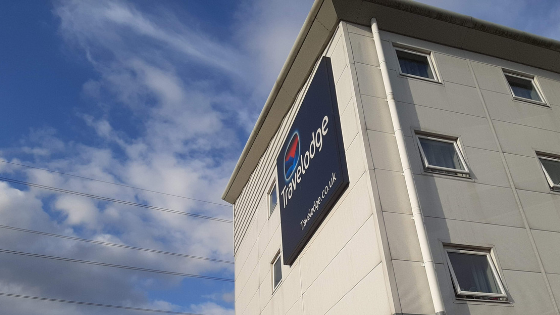 A classic of the hospitality-themed hopelessness genre, Heartbreak Hotel would go on to inspire such later hits as Misery Motel, Rejection Resort and Anguish Airbnb. Elvis himself was no stranger to relationship difficulties, and the song was inspired by an observation he made whilst touring in the 50s: hotels and other forms of guest accommodation were primarily geared towards cisgendered heteronormative couples who were all, without exception, unbearably smug and obnoxious.

This made life difficult for single people and the recently-dumped, so Presley dreamt of opening a hotel where unattached folk would always feel welcome. It would be bluer than a Radisson Blu, a Hilton for the jilted, a veritable Unravelodge.

After finding a vacant building at the end of Lonely Street, Memphis, he approached the local chamber of commerce to help raise capital. Unfortunately, potential backers were so star-struck by The King they were incapable of listening to his pitch and instead kept begging him to sing them a song.

The resourceful Presley quickly turned his detailed business plan into a chart-topping hit, although the hotel itself was never built due to a costing inconsistency in the chorus.